Theory of the Vickers and Knoop hardness tests

THE VICKERS AND KNOOP HARDNESS TEST
HOW DOES IT WORK?

Vickers and Knoop hardness tests have been found to be very useful for materials evaluation, quality control of manufacturing processes and research and development efforts. Hardness, although empirical in nature, can be correlated to tensile strength for many metals, and is an indicator of wear resistance and ductility.

For micro indentation testing, the indenter shall contact the specimen at a velocity between 15 and 70 μm/s and should not exceed 0.2 mm/s. The time from the initial application of the force until the full test force is reached shall not be more than 10 s. The full test force shall be applied for 10 to 15 s unless otherwise specified.

To obtain usable information from the test, the specimen should be prepared or mounted so that the test surface is perpendicular to the axis of the indenter. Non-parallel test specimens can be tested using clamping and leveling fixtures designed to align the test surface properly to the indenter. In many instances, especially in micro indentation testing, it is necessary to mount the specimen for convenience in preparation and to maintain a sharp edge when surface gradient tests are to be performed on the test specimen. When mounting is required, the specimen shall be adequately supported by the mounting medium so that the specimen does not move during force application, that is, avoid the use of polymeric mounting compounds that creep under the indenter force.

Vickers and Knoop hardness tests should be carried out at a temperature within the limits of 10 to 35°C (50 to 95°F). Because variations within this temperature range may affect results, users may choose to control tempera- true within a tighter range.

PRINCIPLE OF THE VICKERS HARDNESS TEST

The test consists of punching into the piece to be tested, using a determined force, a pyramid shaped indenter with a square base, having an angle of 136° to the summit and in measuring the diagonal (d) of the indent left in the piece, after having removed the load. The Vickers hardness is the quotient of the test load (F in kgf) for the area of the indent (in mm), considered to be an upside-down pyramid with a square base. 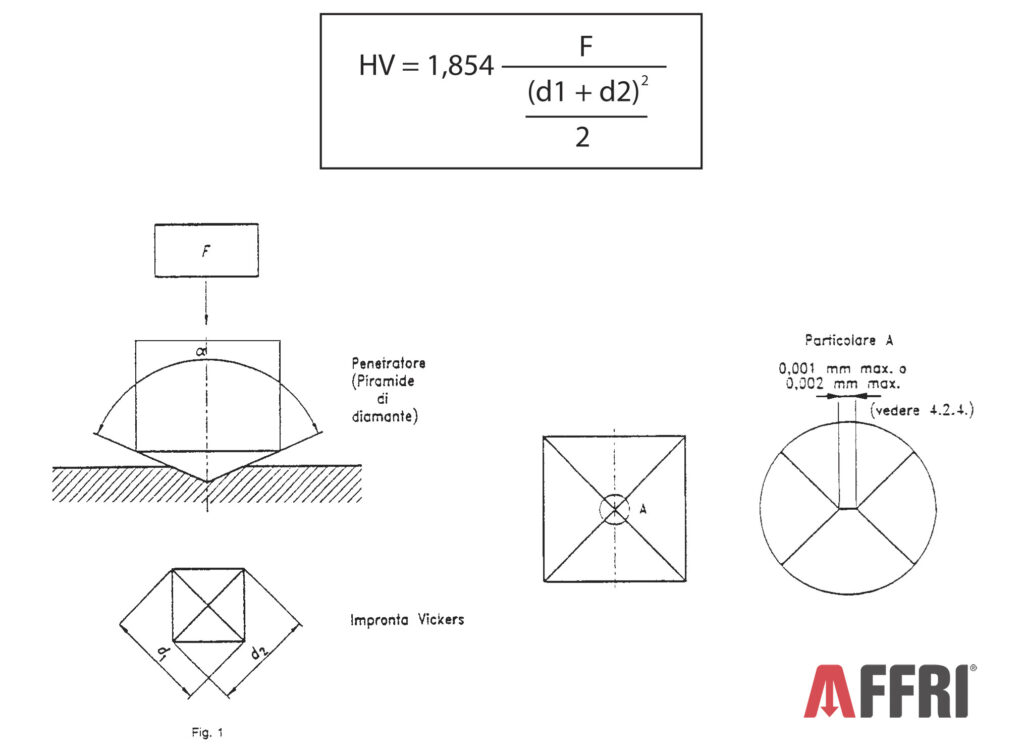 Generally more than one indentation is made on a test specimen. It is necessary to ensure that the spacing between indentations is large enough so that adjacent tests do not interfere with each other. For most testing purposes, the minimum recommended spacing between separate tests, and minimum distance between an indentation and the edge of the specimen is 2.5 times. 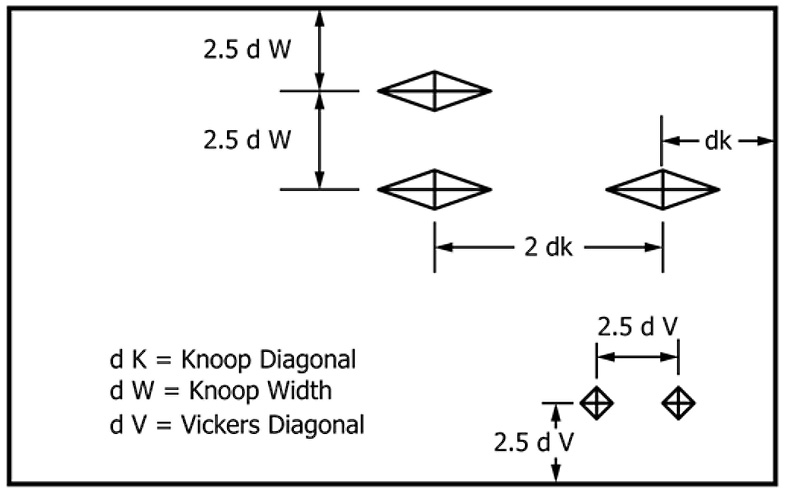 Determination of the values of the significant parameters by comparison with values indicated by a reference instrument or by a set of reference standards.

The ideal Vickers indenter is a highly polished, pointed, square-based pyramidal diamond with face angles of 136° 0’. The ideal Knoop indenter is a highly polished, pointed, rhombic-based, pyramidal diamond. The included longitudinal edge angles are 172° 30’ and 130° 0’. Indenters should be examined periodically and re- placed if they become worn, dulled, chipped, cracked or separated from the mounting material. Checks of the indenter by the user may be performed by visual inspection of the resulting indentations performed on test blocks.

The testing machine shall support the test specimen and control the movement of the indenter into the specimen under a preselected test force, and should have a light optical microscope to select the desired test location and to measure the size of the indentation produced by the test. The plane of the surface of the test specimen should be perpendicular to the axis of the indenter which is the direction of the force application.

A specimen support or “anvil” shall be used that is suitable for supporting the specimen to be tested. The seating and supporting surfaces of all anvils shall be clean and smooth and shall be free from pits, deep scratches, and foreign material. If the anvil is damaged from any cause, it shall be repaired or replaced. Common specimen support anvils should have a minimum hardness of 58 HRC.
Flat pieces should be tested on a flat anvil that has a smooth, flat bearing surface whose plane is perpendicular to the axis of the indenter.
Small diameter cylindrical pieces shall be tested with a hard V-grooved anvil with the axis of the V-groove directly under the indenter, or on hard, parallel, twin cylinders properly positioned and clamped in their base.
Special anvils or fixtures, including clamping fixtures, may be required for testing pieces or parts that cannot be supported by standard anvils.

To bring in conformance to a known standard through verification or calibration.

The error E in the performance of a Vickers or Knoop hardness machine at each hardness level, relative to a standardized reference value, is calculated as a percent error determined.

The repeatability R in the performance of a Vickers or Knoop hardness machine at each hardness level, under the particular verification conditions, is determined from n diagonal measurements made on a standardized test block as part of a performance verification. The repeatability is estimated as the percent range of n diagonal measurements with respect to the measured average hardness value.

Checking or testing to assure conformance with the specification. Rockwell testing machines shall be verified periodically using test blocks.

Click one of the products below to see the features! 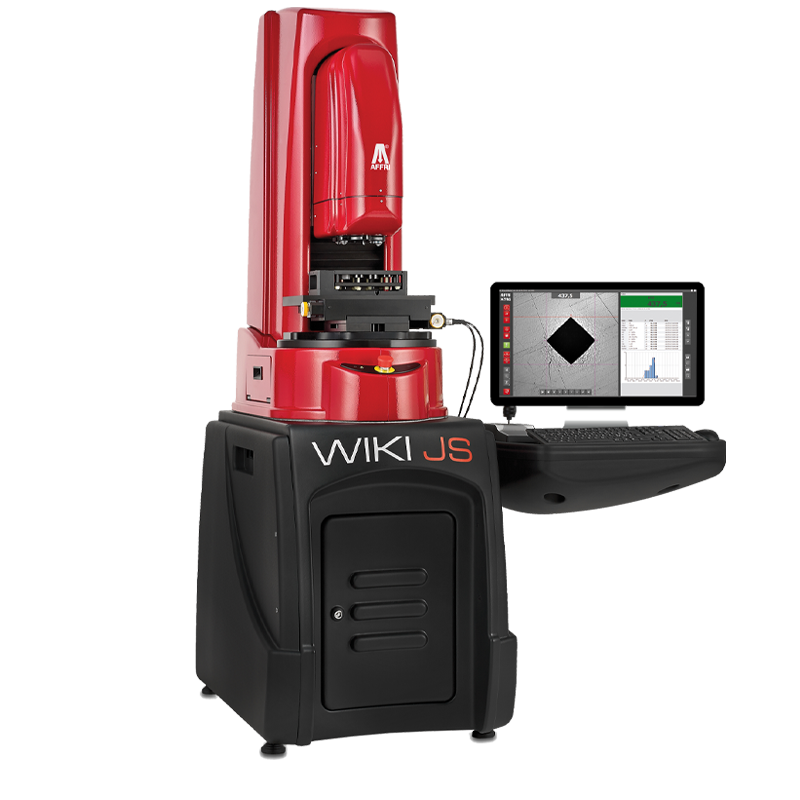 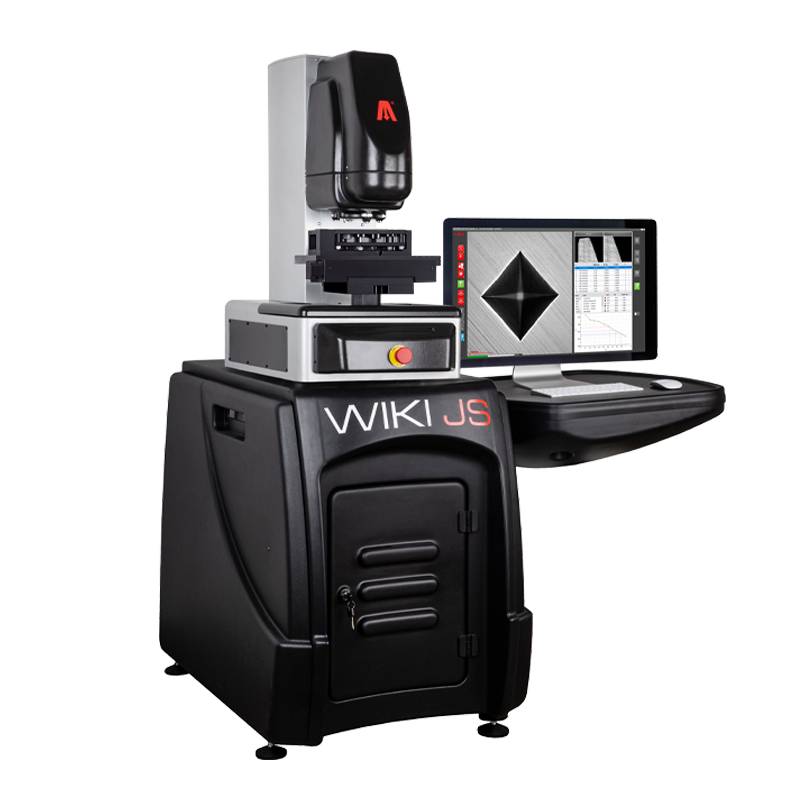 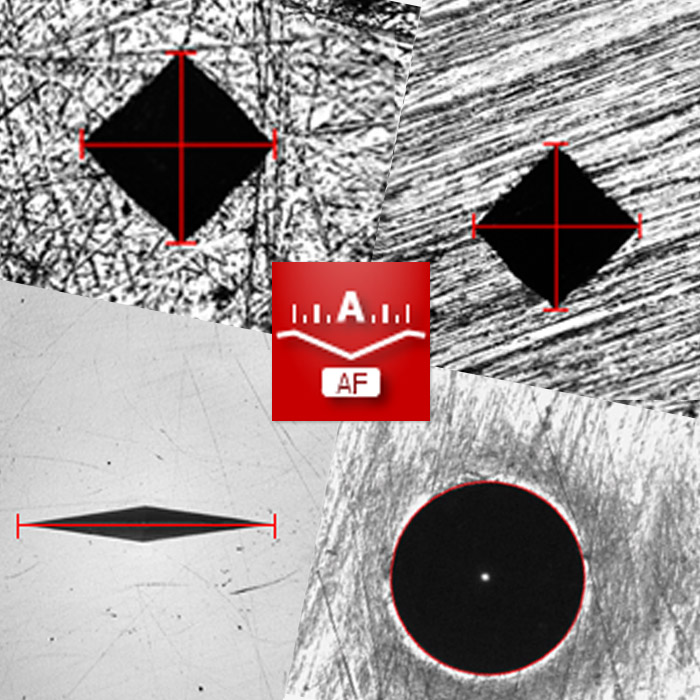 Vickers
The measuring software, supplied with a camera and a mounting kit (adaptor) upgrades the old hardness tester with the automatic reading of Vickers, Knoop, and…
See more 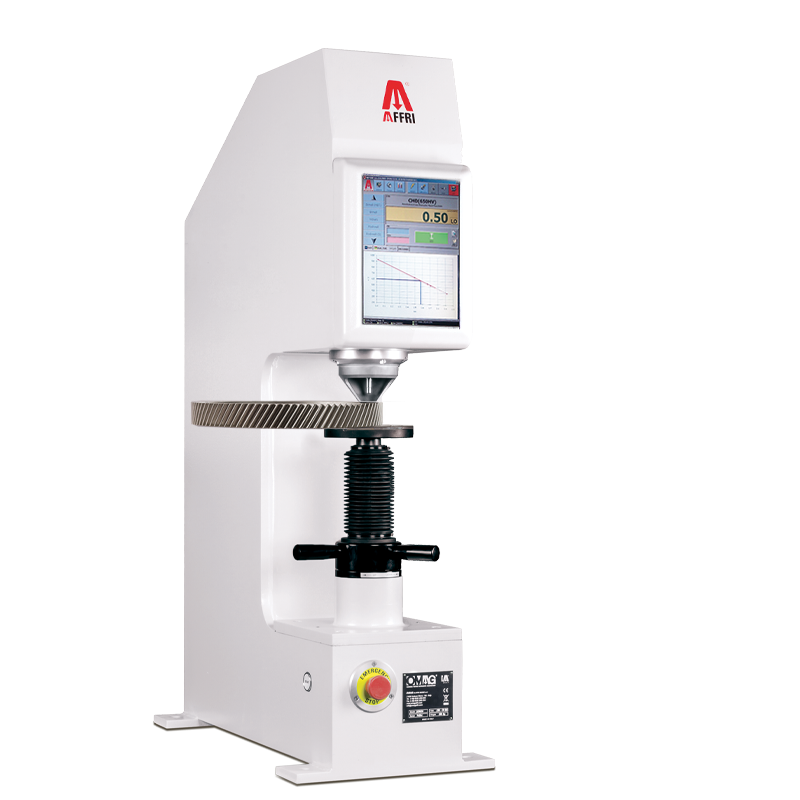